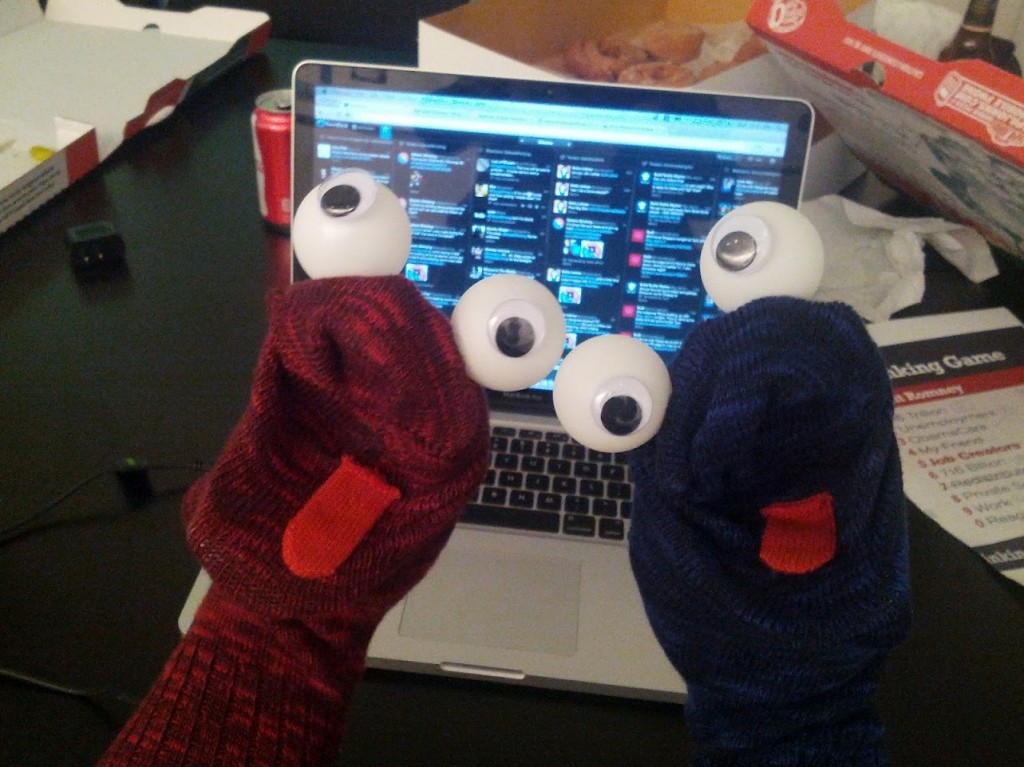 What do political debates and sock puppets have in common? The internet loves both of them when alcoholic beverages are involved.

We’re getting ready for the Veep debate on Thursday (Oct. 11, mark your calendars!!), so if you missed playing along during round one of the debates, you can still join us for round two with our VP Debate Drinking Game. The twittersphere has been sending us suggestions for drink words left and right, so it’s gonna be a great list

If you missed the video outlining the first debate’s rules, check it out. We had so much fun we’re making another one for the Veep debate!

In other news, my DC trip was awesome. I got to catch up with a few friends, eat some spectacular food, and fill my eyeballs with art museums. DC sure is a buzzing place, and while I miss the metro, I’m glad to be back home with Bacca.

Surprise random post!!! Ok yeah, so it’s not wednesday…but it’s thursday. And there just so happens to be the second South Carolina debate (yes, they had TWO) tonight.

This doodle was made from a conversation I had with my friend Mark, it made me laugh pretty hard, because it’s soo true.

When I made it yesterday I wasn’t expecting to wake up to news of Perry possibly pulling out. So he’s got question marks around him.

If you’re like me, and you hate discussing politics, but love drinking to political gaffs, then you should follow us at Debate Drinking on twitter tonight, and check out our rules on the best republican primary debate drinking game website ever made — DebateDrinking.com. It’s non-partisan, and pro-beer, so everyone can have fun!

My friend Dan started it, and I’ve been helping him out with tweeting it. It’s been lots of fun, and we don’t plan on stopping anytime soon. We’ve even got plans for something for the State of the Union address!