I submitted my first letter to the editor ever today. I’m positing it here because it’s relevant to the design community here in Dayton, and if it doesn’t get printed I hope other people get to see it. Enjoy.

On Friday, April 20th, the Dayton Daily News ran a story announcing that the city of Dayton’s Economic Development Department had chosen a design firm based in Denver, Colorado to create a website. The main purpose of which is draw new businesses into Dayton. This firm from Denver had beat out 15 other firms, including 5 quotes that came from local companies.

Later that morning, every self-respecting web developer and designer in the city of Dayton did a spit take in disbelief. Heads were slammed against desks, my twitter feed was a fuming lava-pit of frustration, and we were all left with the same question: “Why?”. And who was this company from Denver, Atlas Advertising? They’ve built the same sites for other cities, such as Indianapolis and San Francisco. Sites that they claim have perfected driving new businesses into their respective cities. However, watching our tax money fly off to a design firm in the mile-high city frustrated me the more and more I thought about it.

You could make the case that none of the local design firms have the specific “experience” in creating an online economic development hub. Ironically, Dayton is pretty good at doing things that haven’t been done before, and we brag about it every chance we get (do the Wright Brothers ring a bell?). And it’s not like Dayton firms haven’t handled massive projects before. The client lists from our larger design studios in the area is quite impressive (Babies ‘R Us, Kmart, Target… I could go on, but you get the point). From traditional marketing campaigns to viral videos, e-commerce and every kind of web development under the sun, we’ve pretty much got a myriad of talented design firms of all sizes for any of these endeavors.

Money could be a factor. It’s possible it would have been more expensive for the City of Dayton to use it’s own local businesses. But that doesn’t seem like a good argument for the city to make. “It’s too costly to invest in our own local companies, so please, come build your business here in Dayton so we can have more talent we don’t utilize!”.

To me, it seems like a bigger problem than money, or experience. It boils down to the idea that the people leading Dayton don’t believe in Dayton. They don’t see the talent that’s right outside the front door. I’ve seen that talent, and I want to invest in it and be a part of it. That is why I have chosen to live here. It’s almost as if they’ve never met Dayton. So, they invited another group of people who have also never met Dayton to make decisions for Dayton.

I ventured over to the Indianapolis and San Francisco sites that Atlas has built. There really isn’t anything that distinguishes them from each other, save for the fact they’re in different locations. So this means that Dayton will have a site that looks just like everyone else’s. We’ll be paying $45,000 of our tax dollars plus monthly fees to blend in. But Dayton shouldn’t blend in. The whole point of attracting economic development is to show our city has resources that can’t be found elsewhere. What does Dayton have that no one else has?

Dayton has us. And sooner or later I hope for our sake, it realizes that.

The article I’m referring to can be found here. 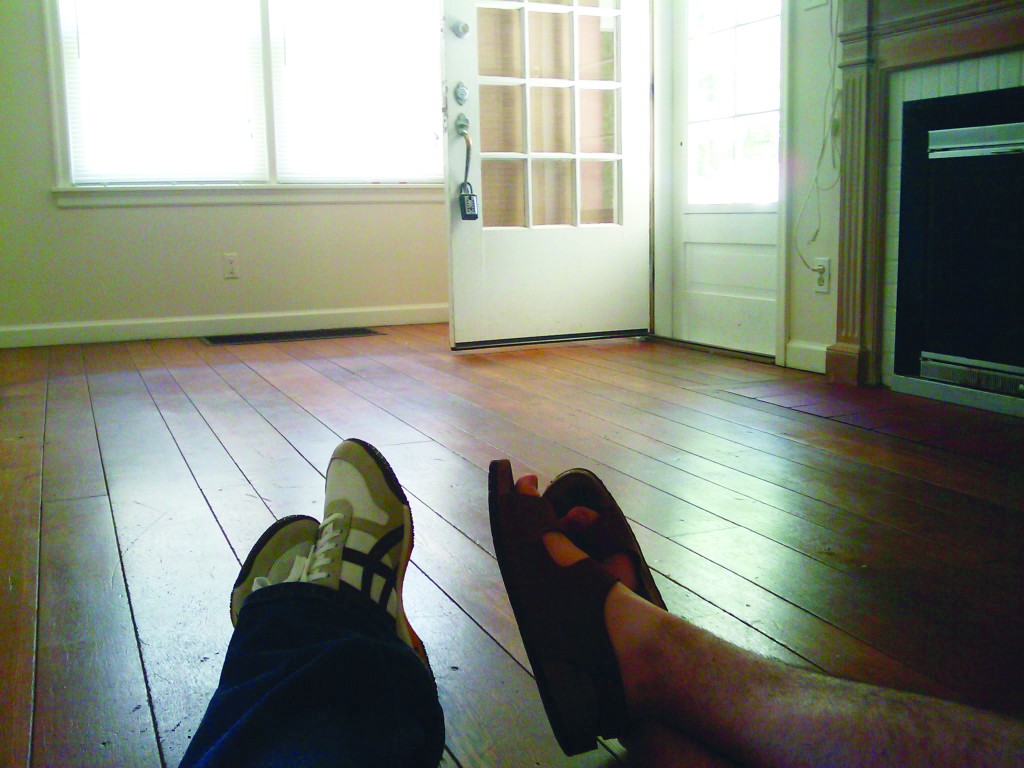 Hai. My name is Katie, and this is my blog. I’m a graphic designer living in Dayton Ohio. I’ve got a husband and a dog and a house, and everything else is undetermined.

Between looking for freelance design work and looking for full-time positions, my new years resolution last year was to build my own website. I taught myself basic html and css with the help of some friends and now, a year later, I’m taking what feels like an even bigger step. This is my 2012 new years resolution: blogging, posting things, making a cozy home for my stuff on the web that’s more substantial than my nerdy tweets.

I’m leaning towards posting on wednesdays, but we’ll see how that goes. I will post behind the scenes and process work of my doodles, which I love making, and people love seeing. I want to make them better, I want to make them awesome, and I believe this is the way to do it. I’ll start off posting doodles of my friends and we’ll see how that goes.

I also plan to have posts about design, and marketing, and things that really make me think. For instance, I’m currently sitting in the conference hallway of CodeMash, a developers conference hosted in Sandusky, OH. Completely out of my element, but the experience is fascinating. I really want to write about it when I get home. But, doodles first, nerdy pondering second.